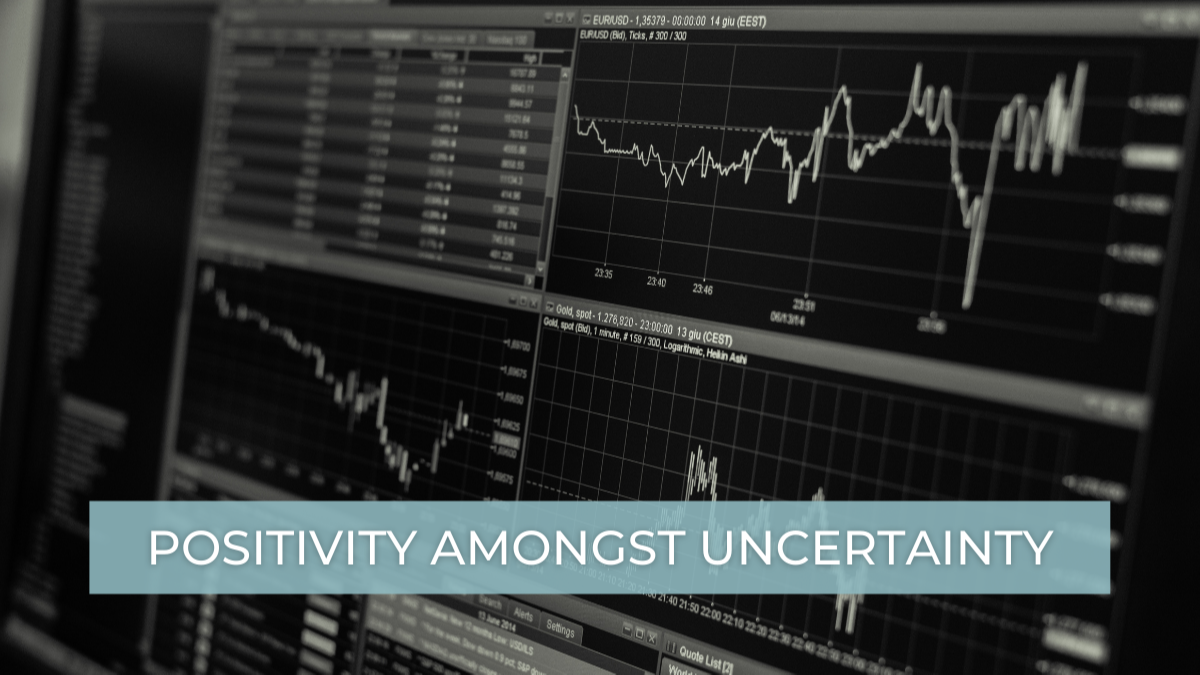 Stocks have gotten off to a very rocky start in 2022, with the potential for Federal Reserve rate hikes coming and the geopolitical worries over Russia and Ukraine only adding to the uncertainty. We don’t want to minimize the impact of that major geopolitical event, but there is some positive news out there, even though it might not feel like it.

Starting with Russia and Ukraine, the truth is the U.S. economy and the overall stock market likely won’t be impacted much by the recent conflict. In fact, stocks took most previous major geopolitical events in stride. Looking at more than 20 geopolitical events such as the attack on Pearl Harbor and 9/11, the S&P 500 Index fell only about 5% on average.

With anxiety running high, here are some important numbers that should help calm some nerves.

The good news is corporate America continues to see strong earnings. S&P 500 earnings per share in the fourth quarter are tracking to a 31% year-over-year increase (FactSet), roughly 10 percentage points above the consensus estimate when earnings season began. The top-line growth was extremely strong as well, with revenue growth up close to 15%. Lastly, profit margins saw very little compression, as companies with pricing power have been able to pass along higher costs and largely preserve those high margins, which are well above pre-pandemic levels.

Finally, COVID-19 trends are very positive as well, with new cases down more than 90% from the January peak (John Hopkins University). Many states are lifting mask mandates and a strong reopening will likely take place over the coming months and into the summer. Backlogs and bottlenecks continue to slowly trend the right way, and the labor force remains quite healthy as well.

The concerns and uncertainties are real, and the road ahead could be filled with more bumps and bruises. However, with U.S. consumers and businesses in solid shape, we think the U.S. economy could grow as much as 4% this year, much better than the pace of the last recovery.

﻿Content in this material is for general information only and not intended to provide specific advice or recommendations for any individual. All performance referenced is historical and is no guarantee of future results. All indices are unmanaged and may not be invested into directly. The economic forecasts set forth in this material may not develop as predicted and there can be no guarantee that strategies promoted will be successful.